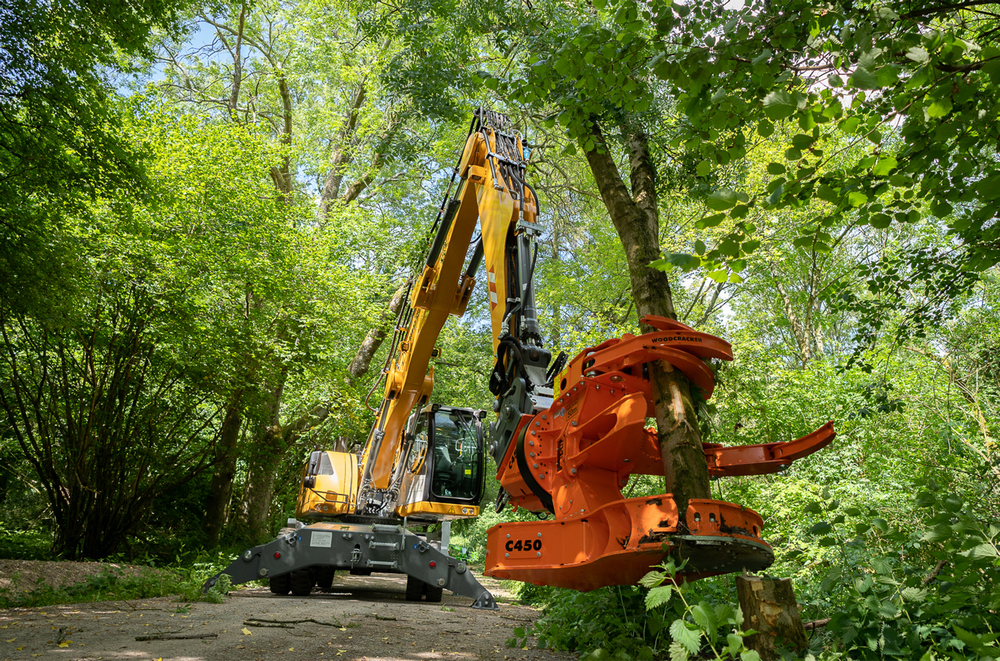 In the UK, the fungus responsible for ash dieback is spreading more quickly than expected according to experts, reports BBC. Millions of deseased trees near buildings, roads and railways will have to be cut down. A recent survey found infections had been confirmed across 80% of WAles, 68% of England, 32% of Northern Ireland and 20% of Scotland. (Source: BBC). The fungus infects the trunk and branches which die off as a consequence. The trees become fragile which makes a felling with a chainsaw very difficult.

The company Euro Forest Ltd. is a leading provider of tree services in the industry. Mark Williams is head of operations England and Wales at Euro Forest Ltd. and lead through the demonstration. The woodland there has ash dieback on the road frontage. Mark Williams new early that the trees could not be felled with chainsaws or even tree climbers, since it would be too dangerous for the workers.

To explain the audience how to use mechanisation to fell ash trees, three Woodcracker® C forestry machines mounted on excavators were presented. The felling grapple Woodcracker C450 with a cutting diameter of 50cm, mounted on an excavator, made cutting of trees in parts very simple. The grapple saw Woodcracker® CS was designed for thick trees with high diameter. Demonstrative for this field of application was the combination of the grapple saw Woodcracker® CS580 smart on a Merlo telescopic handler. The far-reaching excavator arm of the Merlo brings the machine to unaccessible spots and makes safety fellings in difficult regions easier. 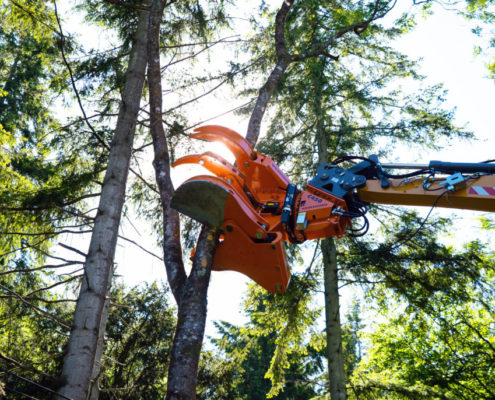 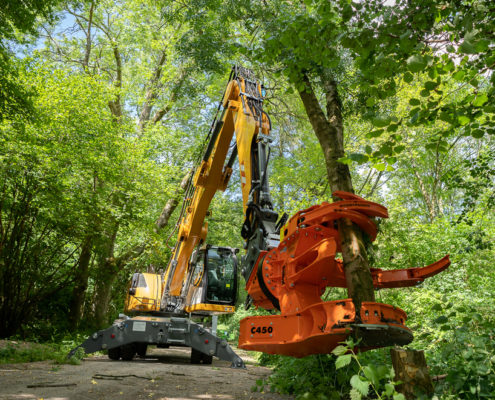 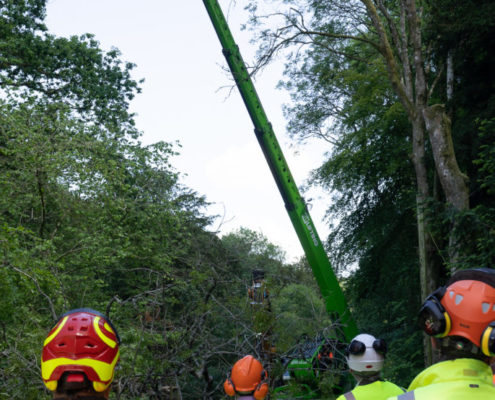 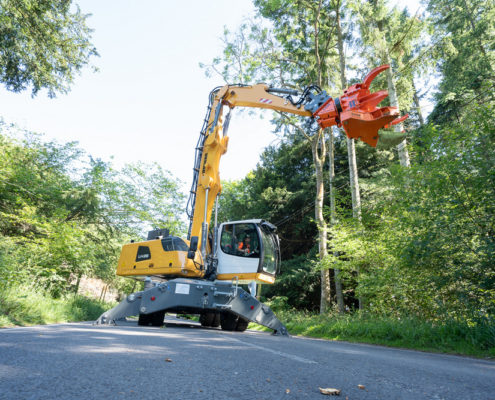 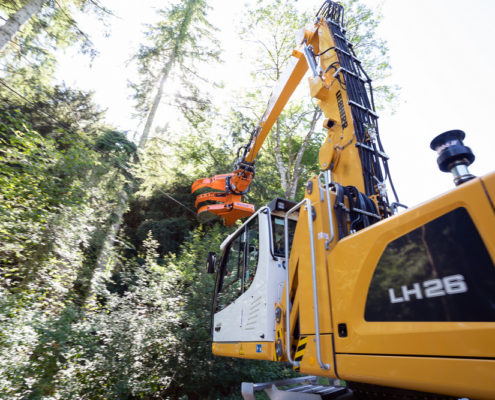 Get the latest news  |   Subscribe now
Woodcracker® L – a wood splitter, more compact and more efficient that it...